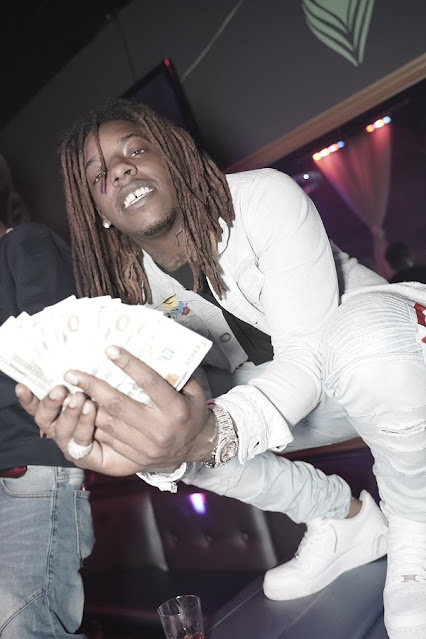 CHICAGO, IL – A fun, catchy song with a nice little bap to it is making its rounds through the Midwest on its way to international notoriety. “Blicky Blicky” is the latest hit single from Chicago-based artist Big Joko. But unlike most of the Drill music coming out of Chicago, Big Joko’s sound is completely different than every other rapper from that town. In fact, he tries to stay as far away from that music scene as possible so that he can stand out from the crowd. His main goal is to create songs that with catchy hooks that will get stuck in listeners’ heads – and that’s exactly what he’s accomplished with “Blicky Blicky.”

“It’s such a catchy song that it made it to radio here in Chicago without any kind of promotion or anything,” he said. “Now it’s made its way down to Atlanta and North Carolina and all over the South. The YouTube video is climbing closer to 100,000 views. People are loving it!”

Big Joko said the term “Blicky Blicky” is new street lingo used to refer to a weapon, and he’s using the song to draw attention to the violence and problem with guns throughout Chicago. While the song is a fun and upbeat vibe, he’s using it as a way to draw attention to a problem that he said needs to be fixed. And like his favorite artists Lil Wayne and Cassidy, he wants to use great music to inspire and motivate the masses.

“I want to be respected as a great artist,” he said. “I’m very creative. When people hear my shit I’m looking for a certain reaction – a smile or a head nod or an ‘Oooh!’ When you talk about great rappers and artists with bars who could make any type of hit or get on anybody’s song and kill it and deliver it, I hope they talk about me in that same breath.”

Big Joko said he first started rapping when he was 8 years old after hearing Lil BowWow for the first time. He said he was impressed that someone who was only 11 years old could make a song that became so popular, and it convinced him that he, too, could make good music even at a young age. He went home and wrote his first rap, and it has only elevated from there over the past decade-plus of making music. With help from his cousin – who was a member of the notorious Chicago group 3Piece – he learned the ins-and-outs of the industry and worked hard to develop his unique sound and style. Today he’s become known as a hit-maker, and his music is spreading beyond just the Midwest into all parts of the globe.

Following “Blicky Blicky,” Big Joko said he’s developing a full project that he hopes to release later this year. He also has a new single called “Cha Cha” that taps into a Reggae vibe that should drop in July.

To listen to Big Joko’s music, or to follow him on social media, please visit the following links: