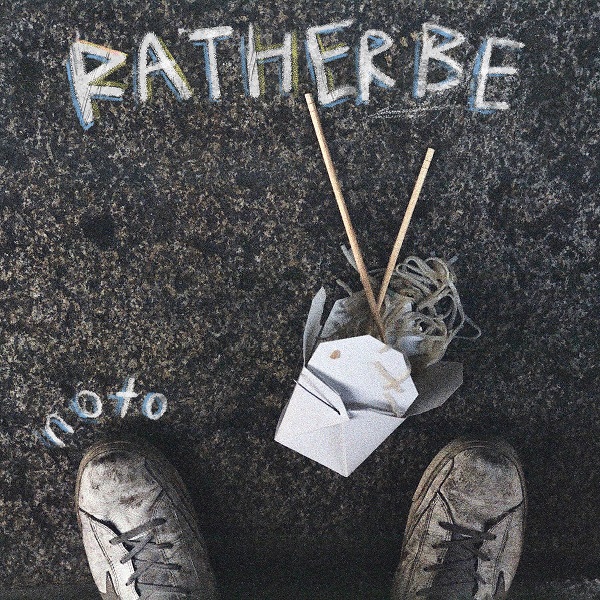 BROOKLYN, NY – Noah Thomas – better known by his stage name noto – is a Pop singer, songwriter and guitarist from the East Coast whose unique style is rooted in his deep love for the narrative lyrical tradition present in traditional Country music but coupled with the sonic qualities of R&B and contemporary Pop. Often drawing comparisons to the likes of John Mayer and Daniel Caesar, noto also cites a diverse array of influences including Jeff Buckley, Tyler Childers, and Phoebe Bridgers.

His latest single, “Rather Be,” is his third professional release and follows the extremely successful releases of “Girl from the City” and “Drugs in the Bathroom,” both of which have seen hundreds of thousands of streams since wide distribution on all streaming platforms over the past three months. In fact, the music video for “Drugs in the Bathroom” is about to hit 100K views on YouTube.

Much like “Girl from the City” – which is featured on nearly 400 Spotify user playlists and recently appeared in a viral TikTok video by @olympusgreatdanes with 12.4 million views – “Rather Be” is an upbeat dance song that’s ready-made for another TikTok viral sensation. Written after a night out at the club with some friends, the song explores class boundaries and the grotesqueries of the ultra-elite.
“I remember that night we started at a club that had a cover of $200 and we had to go somewhere else because it was so expensive,” noto said. “I couldn’t get that out of my head and so when I went home that night, I wrote the song. It started out with me trying to figure out what it would take to get my foot in the door and try to impress a girl from that upper echelon. Part of me is infatuated with that entire sphere and lifestyle, but the real me is incensed and grossed out by it.”

With a groove that has a Future Pop and R&B vibe, the song showcases noto’s adept ability to bring lyrical content that is more narrative-based than what most people are listening to. Originally written on acoustic guitar before it was fully produced by Ghidrah of Studio G in Greenpoint Brooklyn, the song definitely plays like a songwriter’s tune, albeit with an upbeat tone and aggressive energy that makes the listener want to move.

“Rather Be” is one of many singles that noto is in the midst of releasing to the world as he tries to carve out a niche in the crowded music marketplace. He considers these songs his calling card and a way of showing an ever-widening fanbase what he’s capable of writing and creating. Through it all, he hopes that his narrative voice will shine through and serve as the definitive, iconic thread for which he becomes known.

“I love platitudes and listening to people talk in public places,” he said. “I write a lot of stuff down that I overhear in passing – whether it’s at a restaurant or on the street. A lot of times, I’ll write songs around a single line that I’ve heard come out of somebody’s mouth. I also like to draw from personal experience. My first song and this song are deeply personal because they’re literally about my life. Some of the next few tracks are intimate and detail accounts and moments from my life. More than anything, I just want the lyrics to shine through while I try to put out a lot of different things sonically.”

“Rather Be” was released wide across all streaming platforms on March 19.

To listen to noto’s music or to follow him on social media, please visit: